Hello science fictions fans!Since our last transmission, there have been a lot of developments at the Museum of Science Fiction as we prepare for Escape Velocity in July. Summer may feel far, far away thanks to the cold weather we’ve been having, but we are now 127 days away from our inaugural world’s fair/science fiction convention, so check out our progress on this exciting event. First off, our new Escape Velocity Kickstarter campaign is now live.
This crowdfund is to support inviting more high profile media personalities. In addition to discounts on tickets and hotel rooms, backers can also enjoy a variety of cool perks including pins, t-shirts, signed guest photos, and special access to VIP areas.

If you are already a Museum member, we also have a special buy one, get one free promotion for you, so get your tickets early and don’t miss out! If you aren’t a member yet, join here: www.museumofsciencefiction.org/join

Although the facehugger won’t be at Gala Dinner, there will be plenty of other items to bid on at the silent auction we’ll be running. 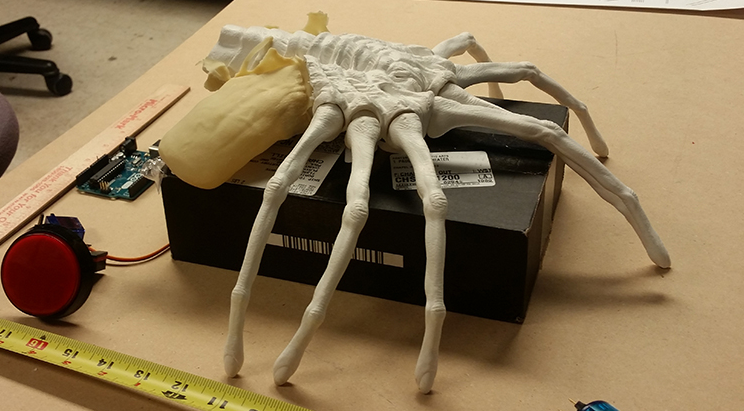 A robotics team in North Carolina is working on a Facehugger display object for the mini exhibition. This display will be controlled by a mobile device via a local wi-fi network. This proof of concept prototype will allow our designers to apply the same principles to other displays object in the gallery. Wanna arm a photon torpedo with your phone? Yes, you can do that too.

A big thanks to everyone who came out last night to the Drafting Table for our charity bar night in DC to celebrate the launch of our Kickstarter campaign! It was great to talk with our fans and play some science fiction trivia using the Museum’s Mobile App. We want to give a special shout-out to Rachel Frederick for winning two VIP tickets to Escape Velocity in our raffle.

For you video game fans, here’s something new . . .
How would you like to captain your own starship?
The team from Starship Horizons will be at the event giving players the opportunity to form a crew and take command of a starship in a variety of challenging scenarios. If you ever wanted to know what it was like for Kirk and the Kobayashi Maru, here’s your chance. Sign up here 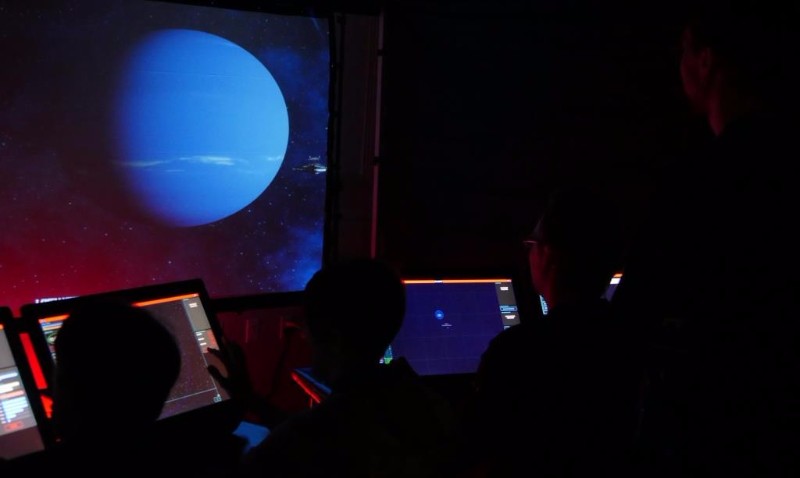 While real starships may still be a ways off, a number of science partners will be at Escape Velocity to show their over-the-horizon technologies.

Two innovative companies who are pushing the limits of 3D printing technology will showcase their technology and product development systems. Local Motors will have a fully street legal car that was completely 3D-printed, and Made in Space will show off the world’s first zero-gravity 3D printer which is installed and operating on the International Space Station.

There’s going to be so much more at Escape Velocity ranging from a performance by the science-themed a cappella group The Chromatics to a life size Cylon, so get your tickets now through Kickstarter and we’ll be able to bring even more attractions and stars to the show.

Cylon Evolution . . .which one is your favorite?

When it comes to stars (in space, that is), few have been closer to them than
Pam Melroy, a former NASA astronaut who is one of only two women to have commanded a shuttle mission. Pam will be at Escape Velocity to talk about her three shuttle missions, the future of manned space travel, and the opportunities for young women in STEM fields.

Bringing attention to STEM is one of the key components of the Museum’s educational mission, and one of the ways we are raising awareness is through ourJournal of Science Fiction, a peer-reviewed academic journal, the first issue of which was just made available last month. The Journal is entirely free and can be downloaded here.

Another recently completed project intended to promote interest in STEM is aworkshop on space colonization in Los Angeles which the Museum of Science Fiction co-sponsored with the White House Office of Science and Technology Policy. A lot of great ideas were presented about how “homesteading” in space can inspire students to pursue STEM careers. It is our children today who will help humanity achieve Earth-independence tomorrow, and the Museum is committed to using science fiction to present a positive view of science so that students will be motivated to study STEM-related fields.

Adam Savage and Andy Weir (author of The Martian) attended an evening party after the workshop at the home of Jerry and Janet Zucker, co-founders of theScience and Entertainment Exchange at the National Academy of Sciences. 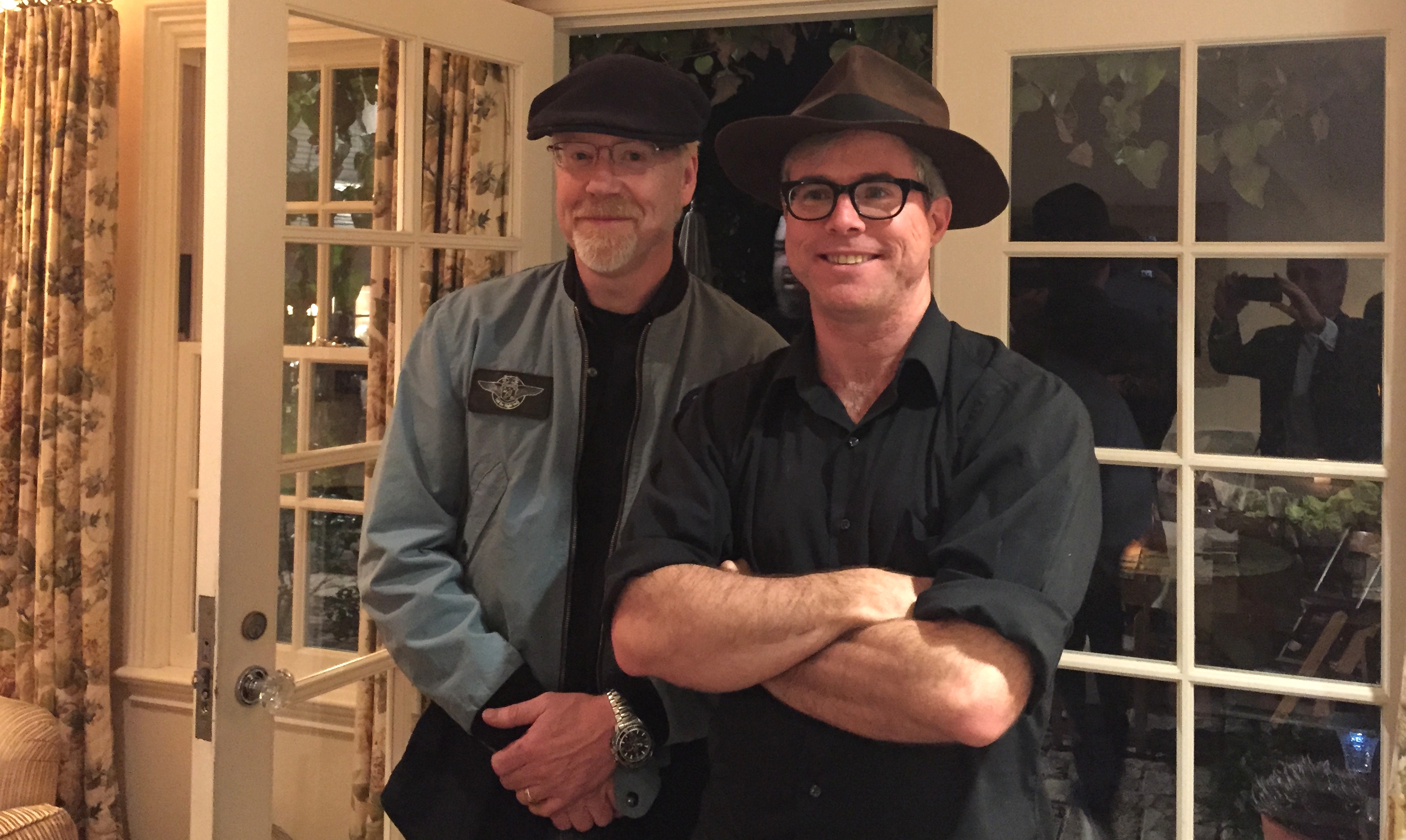