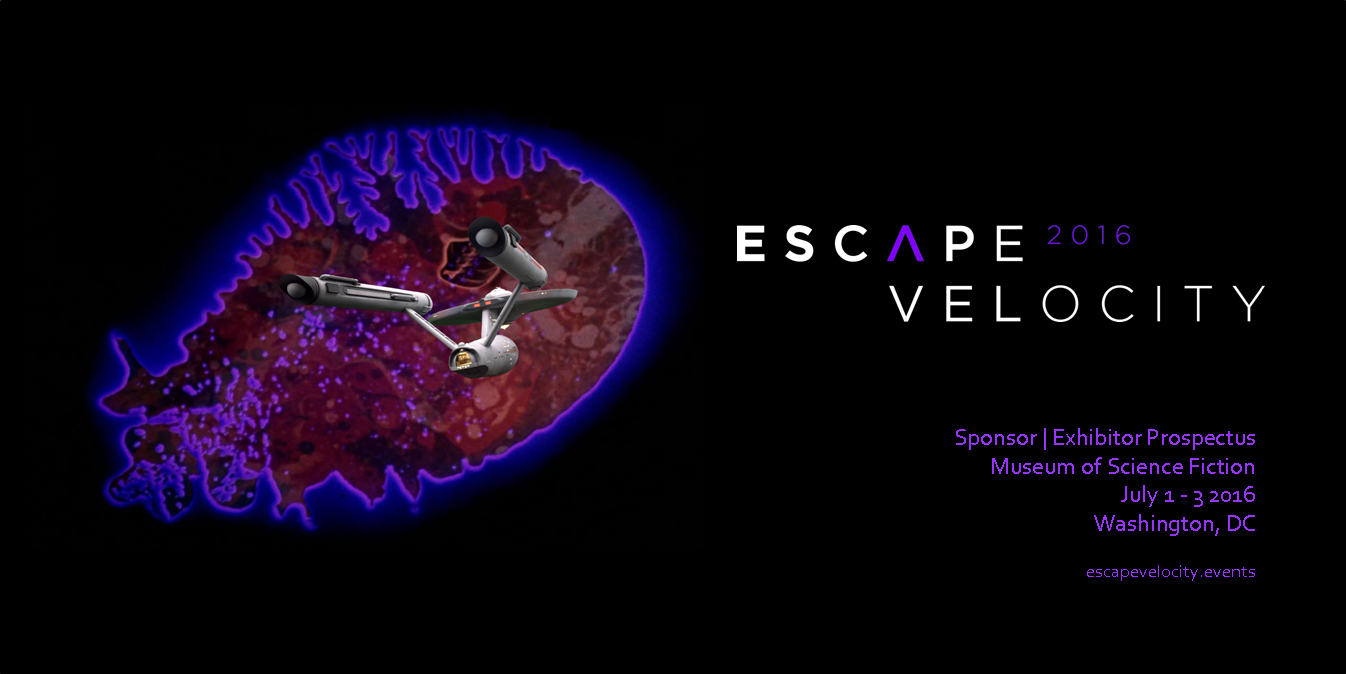 Greetings science fiction fans!
As launch time for Escape Velocity is now T-minus five months and counting, we’re going to send more frequent updates about the convention and the Museum’s activities. We’re so excited about everything that’s happening right now and we’d like to share the news with you each month.

A new segment of the newsletter we’d like to begin with is a spotlight on special guests who will be appearing at Escape Velocity. Given that everyone is still talking about the The Force Awakens (who are Rey’s parents anyway?), it’s fitting that we start off with a friend from Star Wars. John Morton, better known to most of us as Dak, Luke’s snowspeeder gunner at the Battle of Hoth, will be at Escape Velocity to meet fans and talk about his experience with The Empire Strikes Back, his thoughts on the new movie, and more! Buy your tickets for Escape Velocity here.

In addition to our guests from the arts and entertainment world, we’re thrilled to showcase cutting-edge technology which not long ago existed only in the realm of science fiction. IBM’s Watson cognitive system will demonstrate how close we are to computers that can think and the team from Go Fast! will show off their jet pack, capable of speeds over 70 mph. The future is now, ladies and gentlemen!

Speaking of Kickstarter, I wanted to give you a heads up that the Museum will be selling merch and tickets to our Escape Velocity convention with our partners at Kickstarter beginning at the end of February. Besides cool t-shirts, we’re going to have a wide range of items for those coming to the convention as well as those who can’t make the trip to Washington, DC.

Those of you in the DC metro area are all cordially invited to join us February 23 for our charity bartending night at Drafting Table. Please note that while the venue has changed from our original announcement last month, the games, prizes, and drinks will all still be there as promised. Please come out to meet some Museum staff, argue with them about your favorite science fiction (no really, who are Rey’s parents?), and play trivia using the MOSF Mobile App (now available on both Android and iOS). We’ll also be launching our next Kickstarter campaign for Escape Velocity at this party, so be sure to come by for your chance to win some backer’s rewards or other prizes. That party starts at 6:00pm and all fans 21 and older are welcome!

Finally, we want to leave you all with a cool gift this month. For you Maker fans, please visit our ever-growing CAD catalog to download our newest addition: a communicator from the original Star Trek series. Yes, it does flip open like on the TV show, and no, it will not help you beam up. We’re working on that feature for the next version.